Version 2.0 was released on October 26, 2007, adding the following functionality: 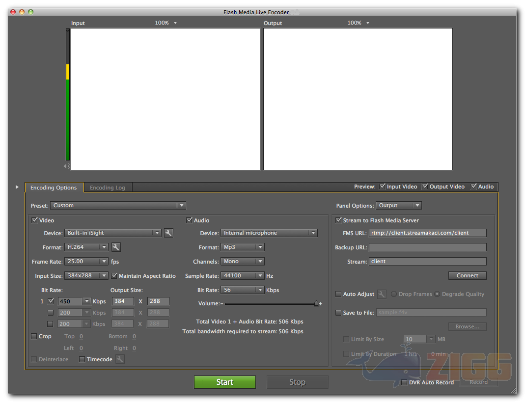 Version 2.5 was released on April 14, 2008 with the following added features:

Version 3.0 was released on January 12, 2009 with the following added features:

FMLE is a desktop application that connects to a Flash Media Server (FMS) or a Flash Video Streaming Service (FVSS) via the Real Time Messaging Protocol (RTMP) to stream live video to connected clients. Clients connect to the FMS or FVSS server and view the stream through a Flash Player SWF.or Nellymoser for audio. Additionally, AAC and HE-AAC for audio is supported with a plug-in available from MainConcept[2]